Friday Review: A journey from innocence to innocence. 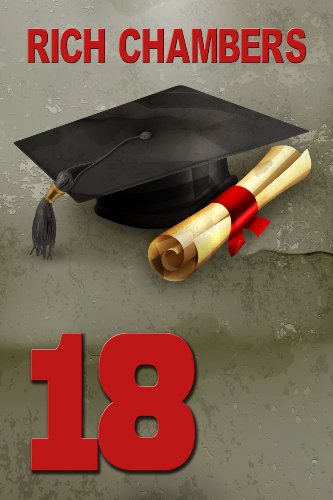 It has been a very busy week as far as my personal reading goes. No, I do NOT just lounge around the house with a book in my hand (well, maybe); but the weather has kind of forced me inside. That ol' pal MS does NOT like heat and it has been in the 90's all week. So...enjoy the fruits of my laborious life.

The year William Bur celebrates his eighteenth year, he is full of realizations concerning his life, mainly that his future is one, enormous pit of uncertainty. While the rest of his friends, affectionately known as the “Group of Seven”, seem to have their futures well-organized and are awaiting transport into their new lives, Wil remains unsure of his purpose. Regardless of purpose, Wendy, Colin, Manjula, Victoria, Lesley, and Jed have all verbalized post-graduation plans along with a very real sense of anxiety. College, jobs, and change surround the “Group of Seven”, .leaving each of them alone in their thoughts regarding adult-hood. Each friend carries his or her own secrets. Each sport the scars of things buried so deep that even the bond of the “Group of Seven” cannot unearth. But, no matter what, these seven friends share the belief that graduation cannot and will not sever the ties that secure their very sacred bond.


In this interesting duel-perspective journey into one man’s adult-hood, author Rich Chambers creates a surreal coming-of-age story that echoes the style of such literary greats as J. D. Salinger and John Knowles. Alternating between narrative from adult Wil and eighteen year old Wil, Chambers beautifully merges the “living in the moment” attitude of youth to the more retrospect realizations of a seasoned man. 18 falls into that revered category of the illusive “boy book” of which secondary school teachers are constantly in search; while also warming the shelf of the adult reader looking for an amazing reminder of their own youth. High praise for 18 by Rich Chambers! 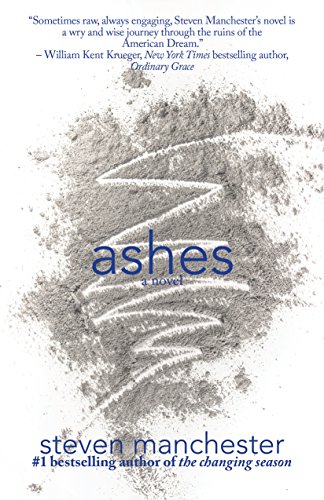 When estranged brothers Tom and Jason Prendergast are informed of the death of their father, a rare shared emotion of relief flits briefly across their individual minds. The man was evil. Always plotting brother against brother, degrading each son sat every opportunity. With the news of his death, neither Jason nor Tom gave thought to the other. Until they read a stipulation that required the boys, now men, to travel across the country together to dispose of their father’s ashes. While tantalized by the mysterious, dangling of a golden carrot under the guise of a last will and testament, Jason and Tom set off on a dangerously uncomfortable road trip. Having nothing in common but their disdain for their father, the two Prendergast siblings endure many miles of emotional digs at one another’s character. While Jason has devoted his life to working with incarcerated men in the courts correctional system, Tom has spent the same amount of years in a more civilized business world as CEO of Silver Lining Aeronautics. Never thinking it possible to appreciate the other’s life choices, the Prendergast brothers survive the cross country trip with the ashes of their father in tow.
Ashes by Steven Manchester is a heartwarming tale of emotionally bruised brothers separated by the abuse of their alcoholic, gambling father. While at times pleasantly predictable, the reader witnesses a transition in language and actions that strengthen an ancient, buried bond between the brothers. At the conclusion of their physical journey, Jason and Tom make discovery that changes their lives.

In this moving chronicle of his grandmother’s battle with dementia, author Bob Kern shares his priceless, heart-breaking experience as a loving and devoted grandson. When Mamaw takes a fall on New Year’s 2000, it is almost as if all the pieces jiggled in or out of place, depending on how far he dug into his grandmother’s health. Had she always been this forgetful? Or was Bob blinded by his memories of a healthy, vivacious role model?

THEY WALK ALONE: The Tragic Journey of Dementia by Bob Kern

See ya next week,
Lisa

October 28, 2019
We warriors are a resilient breed. After speaking extensively with a CBD enthusiast over the weekend, i finally bit the bullet and bought the "good" stuff...all in the name of research. Things have changed a bit since my first CBD experience, including the flavor. This particular product comes in natural (an earthy flavor), peppermint (self-explanatory), and cinnamon (Yum!).Because particular brand (Hempworx) has ONLY two ingredients : CDB and hemp seed oil.   I decided to document my experience here, so if any of you are interested we can discuss our personal journeys. As you all know, MS is an expensive condition that requires careful thought to additional treatments and related expenditures, most of which are not recognized by insurance companies and/or medical professionals; so, every experience is a financial gamble. I started my new "treatment" on Saturday, October 26, 2019. The instructions direct you to take two-three drops under the tongue twice a
10 comments
Read more

August 26, 2019
Week two of my latest MS  extinction adventure.. CBD oil. What exactly is it supposed to do? I'm told that individuals who imbibe in one form or another experience less physical pain and possibly a calming sense of self. Some have also tossed one or more or many to all of their prescribed medications in favor of CBD,  My biggest question is "How do you know which of the table cover of pills do you eliminate?" I am  not much of a dare devil any more and my pocketbook isn't equipped for extensive experimentation. remember I have a college freshman to support. (Oh, and he's doing fine so far; Thanks for asking. More about that later.) It makes the most sense to me to play with the mood maintenance first. I take 50 MG of Sertralin each night before bed. It is fairly good at keeping me on an even keel. I've missed doses before and it becomes crystal, as in clear, after twenty four hours that my system is missing something.
9 comments
Read more

JusT NOT FeeliNg my Best

March 31, 2021
JUsT not Feeling My BesT It’s one of THOSE days. Foot drop is really P…..g me off. Balance has taken an unexpected vacation. And to top it off, I get to go to every lady’s favorite doctor visit tomorrow morn. Yep. It’s mammo time for Lisa. Yeehaw! Photo by National Cancer Institute on  Unsplash Look at that technician smiling like this is the most fun ev-er. Or is she laughing ‘cause that’s not her mammary being pancaked at early o'clock in the morning? So, with March going out like a lion tonight (71 degrees yesterday, snow forecast tomorrow), this is my April Fools Day gift. Not funny. But, seriously, getting a mammogram is probably one of the most important medical tests. Don’t forget to schedule yours. Because of COVID, mine has been re-scheduled twice. If you have had one of the vaccines, this article may interest you. I had my second vaccine in mid-February, so I think I’m safe to proceed. Doctors urge women to delay mammogram until 4–6 weeks after COVID-19 vaccine https://w
3 comments
Read more